The real facts on the sixth+ senses of cats of which not all are known, are just as remarkable as the folklore and legends told about cats. 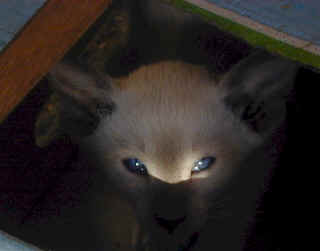 The Egyptian word for cat is Mau. The Feline goddess Bastet had a body of a woman and the head of a cat. Even today, in some Asiatic sanctuaries, divine powers are attributed to the cat and it is believed that in the hereafter the soul of a cat speaks to Buddha in favor of its owner that still lives on earth. In Buddhist temples across Asia, cats are kept as mousers. 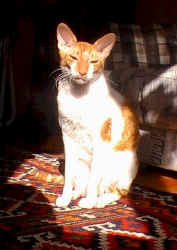 Among the most charming of Japanese cats is Maneki-Neko, a small cat believed to ensure happiness and good luck. Japanese Buddhists venerate cats after their death. The temple of Go-To-Ku-Ji in Tokyo is dedicated to cats. Vested priests serve the temple and intone chants for feline souls. Crowded into the temple are sculptures paintings and relief carvings of cats. In each of these, the cat has a paw raised as if in greeting, the classical pose of the cat Maneki - Neko. Cats continue to be worshiped as deities in countries such as Thailand and China. 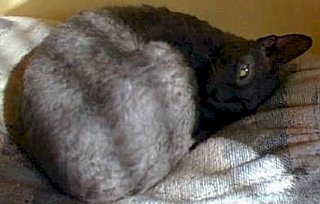 The power of cats to see in the dark was also considered useful to hold evil spirits at way. Since it was usually thought that eyes of cat were more active at night, the walls of many Asiatic houses were adorned with images of cats. 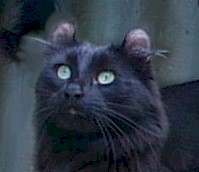 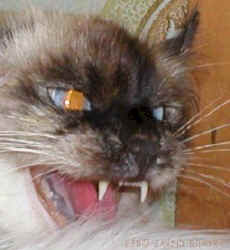 Many legends, folklore, myths and superstitions are associated with cats. Many people find cats mysterious because they move swiftly and silently and because their eyes seem to glow in the dark. Some people think that cats have the ability to predict future. All cats are believed to have nine lives. Black cats in particular have long been regarded as having occult powers and as being the familiars of witches. 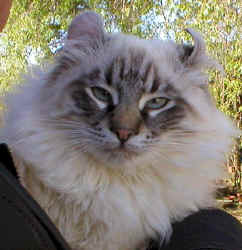 Facts
There is a popular notion that states when a cat licks its paw or puts it in its ear, it is a sign of rain or a change in atmosphere, but the cat does not give such open signals, that is only part of the legends going around. In the realistic world it has been proven that cats have the ability or sixth sense, to predict earthquakes. Cats have barometric sensitivity, they can feel the tremors before the onset of the earthquake. Using this sense they feel a drop in atmospheric pressure, thus cats can forewarn us of a storm, coming rainfall and change in atmosphere. One more sense that cats and an assortment of other animals have is that they can detect the onset of an epileptic attack in a human and can be trained to warn the person involved. There is no doubt that the sixth+ senses of cats can be used in a variety of circumstances but the most important use for the cat is as a loving companion in a hectic world.
Posted by ericat at 9:48 AM