This stud had the longest legs I have seen on a cat.  That is something to wish for in the Siamese breed.

Grand Champion Siamese stud imported from the Netherlands to Republic of  South Africa.
Samoa Gems  is grateful for the kittens this stud produced to improve the Siamese breed in  R S A.   He has retired some years ago but his line is going on.
He has a flat short pelt as well as a long body and legs, which is one of  the important traits in the Siamese.
This Siamese stud is a very friendly and easy to handle boy.   A real gent with the girls too. 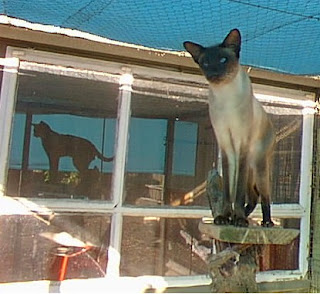 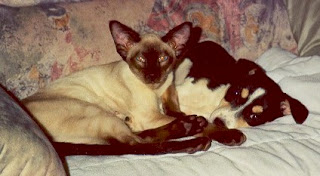 Ashok as a young kitten photo above 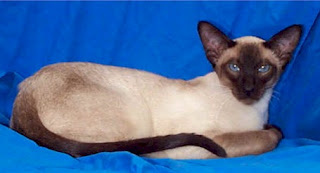 Ashok as a young stud
Posted by ericat at 3:05 AM